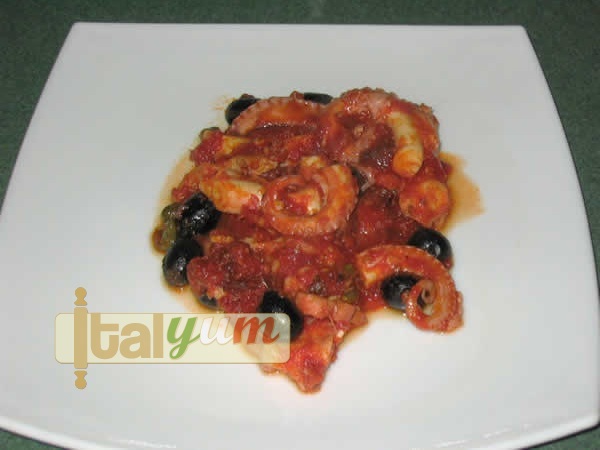 This recipe is very practical because you can eat the octopus as it is shown in the last picture of the photograph sequence or you can use the octopus in tomato sauce to top spaghetti; both ways are fine and delicious to eat. Octopus is very common on the tables of the countries facing the mediterranean, but unfortunately it is underestimated in the northern part of Europe, especially where I live (Scotland); when I mention octopus to people they look at me if I am an alien! Go for it and enjoy this with a nice glass of chilled white wine.
5 from 1 vote
Print Recipe Email Recipe Share on Facebook Pinterest Recipe
Prep Time 15 mins
Cook Time 1 hr 30 mins
Course Main Course
Cuisine Italian
Servings 4
Calories 650 kcal