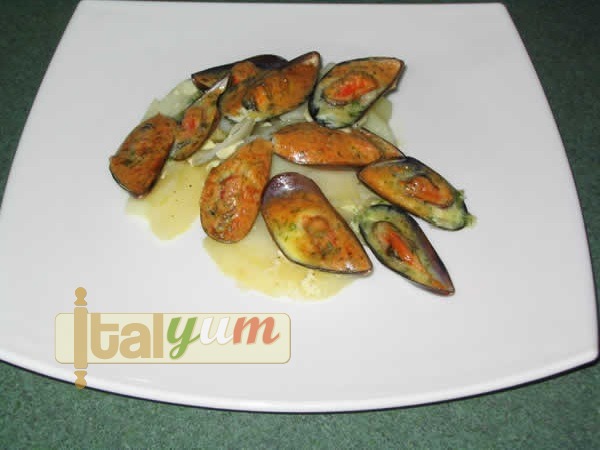 This is another example of how to match seafood with potatoes. It is a simple and delicious dish and also very cheap to make; fortunately mussels are not expensive – not yet! and potatoes are probably the cheapest ingredients you can buy in a veg shop. This recipe is from the South East of Italy and has been passed to me by my uncle Vittorio (he is from Puglia region of Italy), an excellent cook who I regard as my mentor. When I was a little boy I spent lots of time with him in the kitchen and many of the recipes you can see in this website come from his day to day home cooking repertoire.
No ratings yet
Print Recipe Email Recipe Share on Facebook Pinterest Recipe
Prep Time 30 mins
Cook Time 20 mins
Course Main Course
Cuisine Italian
Servings 4
Calories 650 kcal