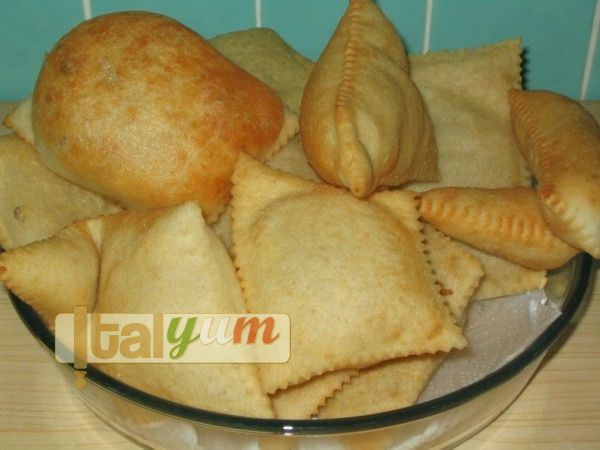 This is another delicacy from the Emilia Romagna region of Italy, the homeland of tagliatelle and piadina bread. Gnocco fritto can have many different names depending on the province, so you may find that it is also called “torta fritta” (Parma) or “chisulino” (Piacenza). In north Italy it is quite common to have it as “antipasto” (starter), but increasing the quantity it can also serve for lunch. It is very easy to prepare and like piadina bread, you can have it with any sort of sliced cured pork meat (salame, pancetta, coppa, mortadella, culatello, prosciutto crudo, prosciutto cotto) or soft cheese (crescenza, stracchino, mozzarella, gorgonzola). I used to eat gnocco fritto in those old trattorias along the river Po`, during hot summer evenings, and of course you couldn’t have it without half a litre of vino della casa…..
5 from 1 vote
Print Recipe Email Recipe Share on Facebook Pinterest Recipe
Prep Time 2 hrs
Cook Time 5 mins
Course Main Course
Cuisine Italian
Servings 4
Calories 650 kcal